Feb 25 / Harold McClure
This is the guest post by Dr. J. Harold McClure, New York City
The November 2020 DHG webinar entitled “Overview and Considerations for Domestic Transfer Pricing” considered various tax planning strategies including debt push downs. Consider a holding company such as Berkshire Hathaway Energy that incurs third party debt on behalf of its operating affiliates. The holding company incurs interest expenses, while the operating profits are booked by the operating affiliates. The debt push down strategy allocates the interest expense to the operating affiliates.
We illustrate this strategy as well as the pricing issues for the evaluation of arm’s length interest rates using both recent financing for Berkshire Hathaway Energy and the financing of how Amazon acquired Whole Foods.

Between May 24, 2020 and October 29, 2020, Berkshire Hathaway Energy issues $5.25 billion in corporate bonds on various dates and various terms to maturity. Table 2 summarizes these corporate bond offerings including the interest rate. While the credit ratings for each operating affiliate were A, the interest rates on the debt issued in late March were quite high relative to the corresponding government bond (GB) rate. 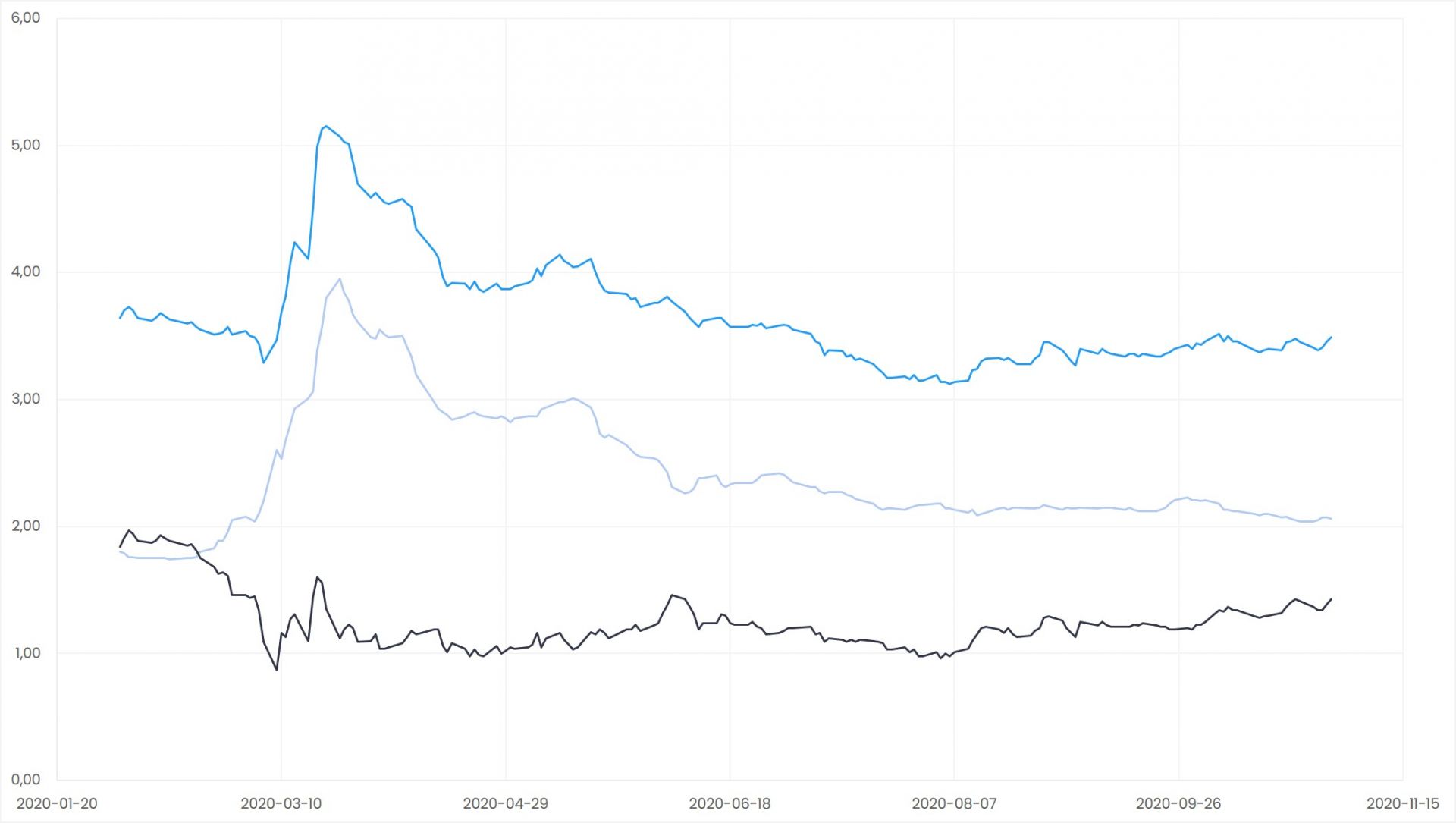 II. Amazon Acquisition of Whole Foods
Amazon purchased Whole Foods during the summer of 2017 for $13.7 billion. This purchase price represented a premium over the market value of Whole Foods at the time of the acquisition and was almost twice the book value of Whole Food’s assets.
Amazon also issued $16 billion in corporate bonds on August 22, 2017. Table 3 shows the key terms of these corporate bond issuances as well as the corresponding government bond rate for the various terms to maturity. The credit spreads for these corporate bonds were consistent with a credit rating of A. Some commentators were surprised that Amazon paid higher credit spreads than other high technology companies such as Apple. We should note that not all high technology companies are alike as Apple’s operating margins then to be several multiples of Amazon’s operating margins.

At the time of the acquisition Whole Foods had $1 billion in long-term debt from a corporate bond issuance on December 3, 2015. The terms of this corporate bond issuance is also shown in table 3 along with the interest rate on 10-year government bonds on that date. The credit spread was 2.87 percent, which was consistent with Whole Food’s BB+ credit rating.
If Amazon wished to push down some of this new financing as of August 22, 2017, two questions exist. One is how much debt could be pushed down in the form of intercompany loans from Amazon to its new Whole Foods operating affiliate? Amazon would not likely prevail in pushing down all $16 billion in debt but an intercompany loan equal to $1 billion would be reasonable if not conservative.
The other question is what should be the intercompany interest rate. Table 4 considers a 10-year intercompany loan of $1 billion issued on August 22, 2017 with three possible interest rates. Which interest rate represents the arm’s length standard depends on how one views the credit rating for the operating affiliate. If Amazon’s group rating of A is used for the analysis, then the arm’s length interest rate is the 3.15 percent third party rate paid by Amazon on the same date for the same term to maturity.
If Whole Food’s standalone credit rating of BB+ was seen as appropriate, then the December 3, 2015 third party loan might be seen as the appropriate comparable with one comparability caveat. Interest rates were slightly lower as of August 22, 2017 than they were as of December 3, 2015. Table 4 suggests that a 5 percent interest is consistent with a BB+ standalone credit rating.