EU Public CbCR - Is It Too Late?

The European Union implements public country-by-country reporting (CbCR) for multinational enterprises. This means that companies will be required to reveal their profits, taxes, and other figures on a country by country basis.
When the EU first proposed the public CbCR initiative in 2016, it was supposed to come into effect by 2017. However, the initiative was in deadlock until early 2021 because of opposition from the Member States over the cost of implementation and privacy concerns. Many countries were also concerned that they would lose any tax revenues if companies moved their assets offshore to avoid reporting.
In 2021, though, the EU moved quickly to implement public CbCR. There were two main reasons for that - first, the change of balance of power within the EU towards the Member States driving the transparency agenda. Second, radical transparency advocates and conservatives finally reached a compromise. As with many other EU law changes, this reporting requirement is implemented through the EU Directive. Click here to access the actual public CbCR Directive.
This is a significant change for multinationals. Until now, most multinationals have avoided any public tax reporting - there has been no requirement for them to disclose details on where their profits are made.

Is EU public CbCR the same as BEPS Action 13 CbCR? 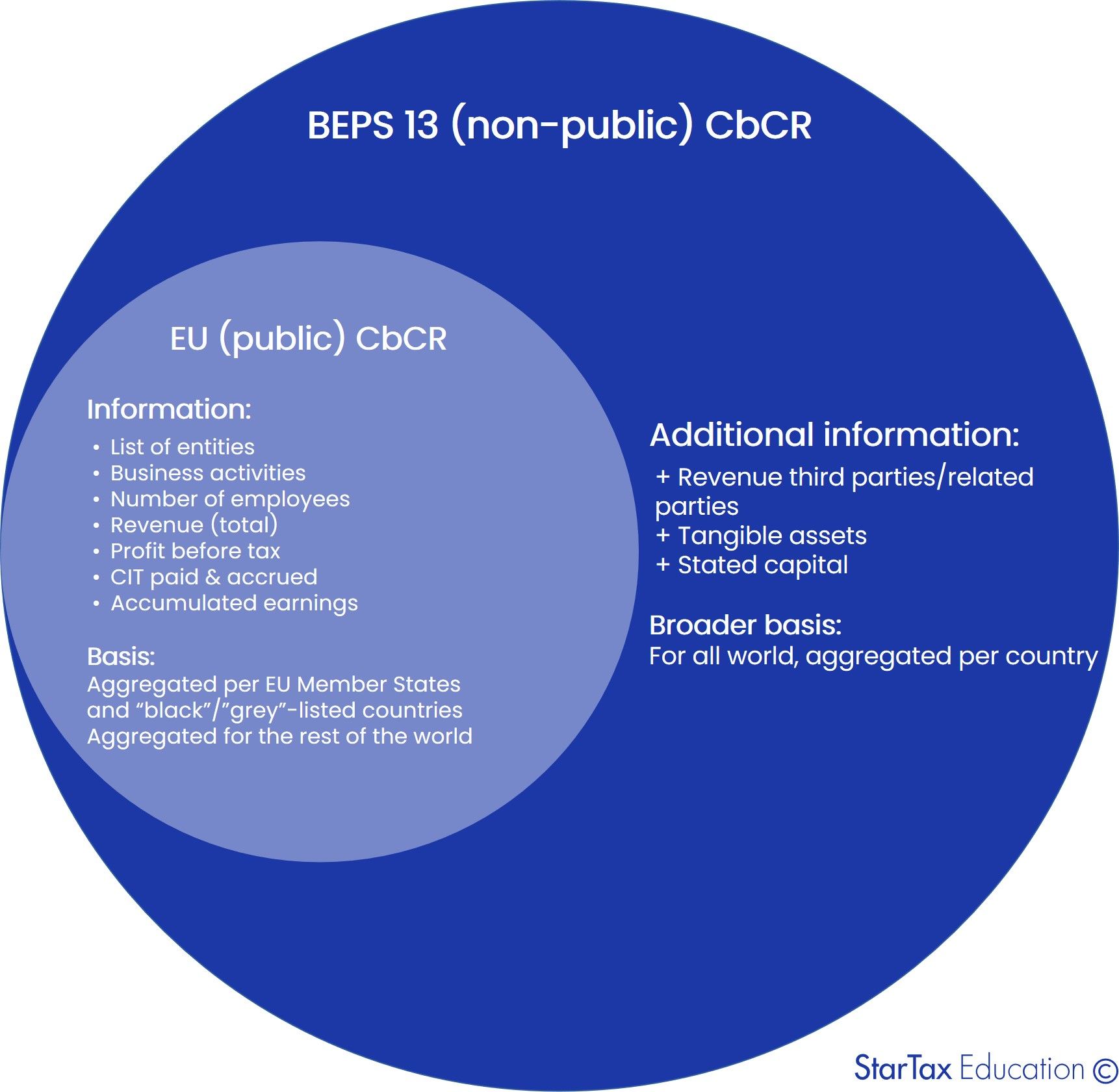 Here are the key dates:
November 11, 2021 - the European Parliament adopted the text
December 1, 2021 - the text was published in the Official Journal of the EU
December 21, 2021 - Directive enters into force (20 days since publication)
June 22, 2023 - deadline for the EU Member States to transpose the Directive into national law
June 22, 2024 - rules apply for the first financial year starting on or after this date
2025 - the first reportable year (for calendar year taxpayers)
End of 2026 - the first reporting deadline.

We've also summarized the main dates in the infographics below.

As you can see, the EU is very generous in giving the EU Member States a lot of time to transpose the Directive into national law. Also, taxpayers would have plenty of time to prepare for the first reporting deadline.

There are a few issues that the EU was unable to address:

1) As we mentioned above, the Directive is a product of a compromise: some Member States tried to keep reporting requirements limited. As a result, companies that have the most operations in the EU are the most affected and would have to provide more detailed information. In contrast, MNEs that have most of their operations outside the EU would be able to aggregate the data and "hide" most of their grey areas.
2) Implementation timeline is very long - the first CbCRs will be published only in 2026. With the accelerating growth of the digital economy, we are not sure the information presented there would give a good picture of MNEs operations. Another question is if CbCR, as we know it now, is a good instrument in the modern world, and what would happen to the public CbCR initiative if OECD decides to review the CbCR overall.
3) The Directive is not too precise and may lead to "interpretive problems" when Member states start implementing it.

The main problem for MNEs, though, is that they need to prepare for public scrutiny once their numbers become public.
We were discussing the Tax Transparency in our blog here. Also, check out Module 16 of our course for more details about CbCR.